Long before Itchyworms became mainstream popular, I have already adored this band because of the usual funny attack to emotional songs.  Their song entitled “Happy Birthday” is one of my all-time favorites. The melody is happy and festive but the lyrics narrates a story about a birthday celebration of a man whom no one remembers. Whey they had big break in OPM scene, I was really happy because this band deserves it.

And now, I just saw their latest music video for their song “Di Na Muli”  and I could not contain the overwhelming emotions it gives me. Moreover, it comes with a true to life story that is both romantic and melancholic.

Di Na Muli was written in 2016 by long-time friends Jazz Nicolas and Wally Acolola. They entered the song into the 5th Philippine Popular (PhilPop) Music Festival, performed by The Itchyworms, where it won the grand prize. Now, in 2018, the song has been given new life in the official soundtrack of the hit film Sid & Aya (Not A Love Story) (Viva Films, starring Dingdong Dantes and Anne Curtis, directed by Irene Villamor). ‘

The music video, however, tells another story that is different from the movie. I will directly quote the narration of music video “co-director Juno Oebanda” on how he came up with the idea of this music video. This is also shared in the comment section in youtube.

“WHO IS THE LADY IN THE VIDEO” 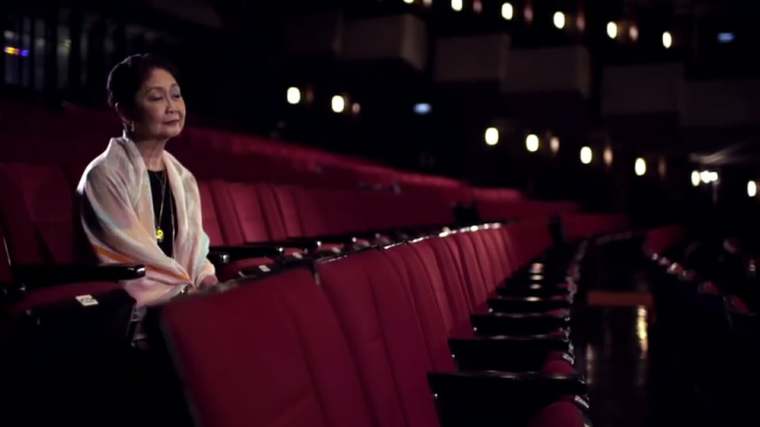 Rosky Balahadia Hilado, widow of the late Teodoro “Teddy” Hilado to whom the video is dedicated to. When I first heard DI NA MULI after The Itchyworms bagged grand prize at PhilPop 2016 it moved me to tears like no other. Having known the band for quite some time I called them and expressed the desire to do a music video – I felt the song written by Jazz Nicolas and Wally Acolola was so powerful it needed a proper one. But how? What treatment?

The light bulb came close to Teddy Hilado’s first death anniversary in 2016 and so the story goes …. Teddy in his younger years was the first technical and lighting director of the Cultural Center of the Philippines and the Bayanihan Dance Group , this is where he met the young Rosky at that time one of the principal dancers of the Bayanihan. At the CCP is where their love story started – Teddy designing the lights over dances that Rosky did on stage.

I presented the story line to the Worms and they liked it and proceeded to talk to the CCP if we could film in and around the theater. We were given a venue grant easily since Teddy is one of CCP’s pioneers. By this time, I had to look for a partner to do this with, not being a film director I called up Direk Paolo Abella an expert in film to help me execute this project. Support in the form equipment came from the LIVE entertainment industry as well. So the music video story goes… Rosky comes back to the CCP stage after more than 20 years and reminisces how and where her love story with Teddy started. This is where Rosky takes over and owns the song, how she walked, how she smiled, how she cried and how she gracefully danced were all real emotions. The young Rosky was played by Kare Adea who was equally wonderful.

In this photo, I was giving Tita Rosky blocking instructions when she whispered to me smiling but with tears in her eyes, “I haven’t been on this stage for more than 20 years.” I said, “TIta this last sequence is where you will dance with Tito Teddy, dance with the light Tita, dance with Tito Teddy”. What happened next was magical, her poise – her grace was that of a woman dancing with her love again, there was no acting here. The beautiful, emotional lighting execution was by Shakira Villa Symes who for a time was mentored by Teddy Hilado himself, I could not think of any other current Lighting Director more worthy of doing this but Shari. The video ends with Rosky with a solo top light. Go figure.

Di Na Muli – is a gem of a song that comes around not too often. It’s a song that becomes yours, you own it. Any other story would have made a wonderful narrative, this one just has a setting that all of us can relate to, who does not love the beauty that is the CCP anyway.”

Watch the music video itself and be mesmerized by the stunning performance of Itchyworms and Mrs. Rosky Hilardo.  I also copied the lyrics below.

I shared this music video with a close friend and of course, noted him to read the story behind it in youtube. Here is his reaction.

My friend is now in ugly crying mode. Mission Accomplished!

Thank you Itchyworms! You are a gem in OPM scene. Please don’t disband ever!

And to Direk Juno for being the mastermind of this touching music video. 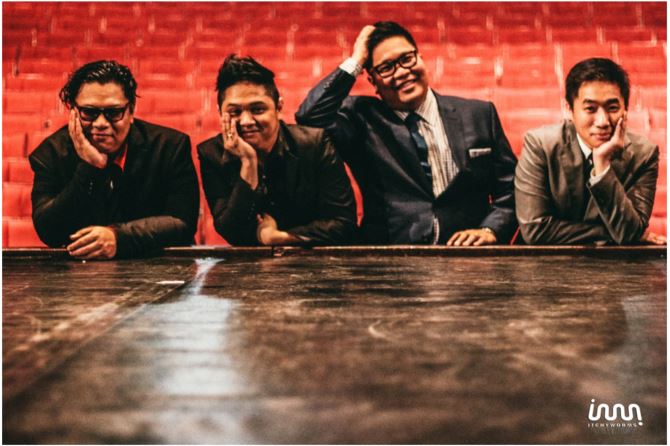 Have you watched the video? What did you feel about it? I would love to hear your thoughts!

Other links to listen this song and credits.

Listen to the music of The Itchyworms on Spotify, Deezer and iTunes.

The administration and staff of the Cultural Center of the Philippines