It made history!  “Parasite” won the Oscar Best Picture Award! It is the very first non-English film to win in the academy. And having personally enjoyed the film immensely, I felt proud and joyous as well that I brought my lazy ass to sit and write a blog about it.

These are the points that I feel made Parasite appealing to Global audience, even successfully seeping through the audience who who does not like “reading subtitles”. This is purely my opinions. I am no serious film critic. And I won’t be comparing this film on it’s competitors in this year’s Oscars because I haven’t watch all of them yet. My sole credential was I love watching films too and I do recognize a good story.

Most of all, this is a spoiler-free review. I would discuss only the part of the film that you will also see in the official trailer itself. So you don’t have to worry.

2. No clean-cut good or bad characters. It is easy to tell that the protagonist of this movie was the poor family. The movie deals with their journey the most. Even if the rich family seems to be the antagonist, they are not villainy in characters. Actually they are nice people. They could be entitled people but that’s because of their lack of exposure from how poor people lives. But they are certainly not entirely depicted as bad. However, I could not tell the same with our protagonist poor family. From the trailer it self, you will see they began to take advantage of the rich family by lying. But then you will understand where they come from. They just want to have a good life. I love this kind of dynamic in characters. In most movies, it’s easy to root for a particular party when there was a clean cut bad or good. And in real life, it was not like that. People can be both bad and good and it depends on our perspective in life on whose side would we root for. I love these kind of movies.

3. Genre-bending movie. As people have said, this movie is a hella ride of emotions. It made me laugh, sad,excited and scared. They say films that try to mix two or more genres together will likely feel scattered. Well this movie did it with flying colors. It made me confused along the way but in a very good and exciting manner.

4. Technically flawless. The classical music inspired soundtrack. The cinematography. The acting. Everyone in this movie was great. No scene was wasted. I have watched a behind the scene of this movie and I am really amazed that even the architecture of the houses of both families were made from scratch to fulfill the director’s vision of inserting a deeper meaning on the contrast of each lives. Moreover, the director wanted to illustrate the class division by using staircases and windows. So the architecture of the house and how it responds to sun movements was design with intention. The director even have a comic-book like sketches of each frame. I just love this particular detail of the behind the scenes . The director put so much heart and art on it.

For the actors, I can’t seem to pick a favorite character actor/actress here because in one way or another they have a spotlight in this movie. Even those with little screen time were essential.

To sum my points, the movie is both super entertaining and deep. The balance of these two characteristics made it a modern masterpiece.

It’s a milestone for South Korean film industry but also in the award giving body that recognized it. It just means they are ready to embrace wider ideas and concepts. I always felt Oscar were just for Hollywood movies before. It is only now I felt they are ready to go “international” as it should be. It is a win for Asian countries too. Maybe a film in my country Philippines would also break barriers someday. I am positive with that. We have talents here but seemingly lacks courage.

How about you? Did you also enjoy this movie? Who do you think is/are the parasites in this movie? 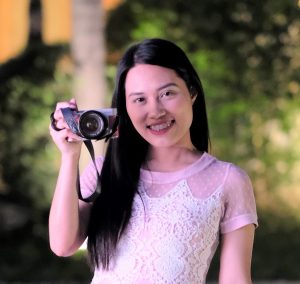